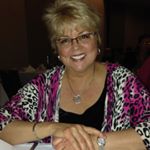 Carolyn joined the ISMRD Board following the death of her son in September 2006 at the age of 10. Matthew had Fucosidosis. Carolyn and her husband Chris live in Canberra, the capital of Australia. Carolyn is retired. She holds an Honours degree in French, with sub-majors in Mathematics and Psychology from the University of Western Australia, and a Graduate Diploma in Management from Monash University, Victoria, Australia.

Carolyn’s dream is to see newborn screening and treatments for all the glycoproteinoses. 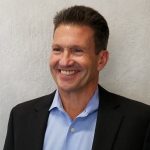 Mark Stark is the Principal at Stark Tech Consulting, a consulting firm specializing in high-tech product development and market launch.

Mark is also the father of five children. The youngest, Robert, has Alpha-Mannosidosis, and has received two bone marrow transplants. The most recent was in April of 2002 and is, to date, successfully engrafted. Mark’s experience with non-profit organizations comes mostly from his wife, Kathleen King. She is currently Executive Director of the Healthier Kids Foundation of Santa Clara. The mission of Healthier Kids Foundation is to ensure access to and advocacy for health care services for all children through family-centered and innovative approaches, and she is a board member of a number of California based non-profits. 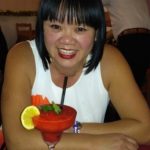 Shirley is mother to Sam who has MLlll. Shirley and her husband Shamim have another child, Edward, who is unaffected. Shirley runs her own business as an Holistic therapist offering treatments such as Acupuncture, Massage, Bowen Technique, Reflexology and Reiki, which she also uses to help ease Sam’s pain and keep it under control. Shirley works to promotes awareness of Mucolipidosis, including through photographing wristbands in interesting locations and posting to social media and review sites. She also promotes to families, in particular in the UK and Europe, the support available to them within the ISMRD. Shirley is excited at joining the Board of Directors to help further the mission of ISMRD. 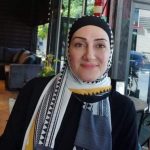 Lama is mother of 3 boys, the youngest being Rayan who is affected with Fucosidosis. They live in Saudi Arabia, originally from Jordan.
Lama holds a university degree in civil engineering. She left work to be a stay-at-home mom. Being surrounded with medical people in her family has helped her to diagnose her son with this rare disease. She aims to help other families, and guide them to the right path of a diagnosis. In the Middle East there is little information about Fucosidosis and related diseases, because it is hard to get a test for diagnosis of the rare diseases. 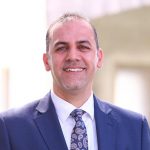 Tareq is an Anesthesia consultant doctor. He lives and works in Saudi Arabia with his wife, Lama, and their three sons. The youngest, Rayan, is affected with Fucosidosis.

Tareq has wide knowledge and experience in the medical field, and has made many critical decisions on Rayan’s journey to help Rayan have a normal lifestyle. His target is to assist other families with metabolic disease children, and support research in this field.

Sarah was born with Alpha Mannosidosis and diagnosed at 3.5 years old. She received a bone marrow transplant, a year later in October of 2003. Having since learned more about this rare disease, Sarah wants to help this community of people affected in the same way they helped her parents years ago.

She is in college working towards a Bachelors degree in Marketing with a minor in Psychology. She has found a love for the brain and how magnificent life truly is. In her free time, Sarah enjoys reading, writing blogs about her story, cooking, and hanging with her friends. 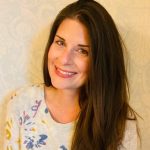 Laurel lives in Montana with her husband and two sons. Her oldest son was diagnosed with Beta Mannosidosis in 2014 at the age of 4 and received an experimental bone marrow transplant shortly after his diagnosis.

Laurel is a mental health counselor. She holds a BS in Human Development and Family Studies from Colorado State University and a MS in Clinical Rehabilitation and Mental Health Counseling from Montana State University Billings. She is active in disability advocacy and hopes to raise awareness for ultra-orphan diseases, especially Beta Mannosidosis. 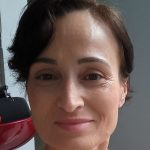 They are a happy family and live on a farm in Brazil. Her husband Vladimir is her partner in everything, they form a team and support each other in every goal, challenge or event that life brings to them.

Patricia is willing to help in any way to improve the quality of life of families with children with rare diseases and is very happy to be part of the ISMRD team. 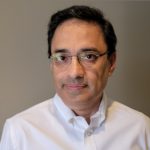 Hussain and his wife Syeda became aware of Sialidosis and other lysosomal storage conditions when one of their children was diagnosed as a Sialidosis Type 1 patient.  Karima, at age 8, during a normal visit to get her eyes checked for glasses, was found to have cherry red spots.

Going through the medical system in the US and not finding the appropriate support levels for a cure for this condition propelled Hussain to find other doctors that could help in bringing out a cure. He is active with other families throughout the world to see what else can be done to reduce the impact of Sialidosis and eventually lead to a cure

With a degree in Engineering and a professional background in Management of large Operations and Customer Care teams across a global footprint, he is ideally suited to work with patients and medical companies who are looking to find solutions to treat and cure rare conditions affecting so many families. 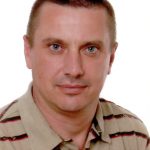 Darko lives in Ljubljana, the capital of Slovenia, with his wife Mojca and two children: Žiga (2007), affected by MLIII, and Daša (2010), who is unaffected.

Since leaving his job at Slovenian railways in 1999, Darko has worked at different positions in an IT department at one of Slovenia’s financial institutions.

Darko was impressed with the people he met at the last two ISMRD conferences in Rome and Atlanta, Georgia. He decided to accept the invitation to become a board member because he considered it a privilege to participate in ISMRD work with the people he had met. He intends to do his best to help ISMRD achieve its goals. 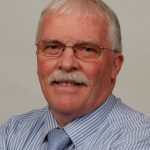 John became a board member of ISMRD in 1999, very soon after it was incorporated as a non-profit. He has held roles as Vice-President and President over the years, and assisted with research and fundraising efforts. His connection with ISMRD stems from his twins, Timothy and Hollie, being born with Alpha-Mannosidosis in 1974. Finding other families in the 1990s was a game changer for him and his wife Judith in understanding what was happening, and improving their care. This experience motivated John to help improve the knowledge available to new families and help promote research efforts.

In addition to his ISMRD connections, John set up and led Lysosomal Diseases NZ from 1999 and the NZ Organisation for Rare Disorders (2000 to 2015). Over recent years he has gradually retired from full-time rare disease advocacy work.

John stepped down from ISMRD’s board in 2019 to deal with a number of family health issues and to be the primary carer for Hollie, who had increasing care needs. Hollie died in July 2021. He has maintained contact with ISMRD through its social media channel and still provides support to families with Mannosidosis when questions arise, and occasional advice to the ISMRD board.

Since the diagnosis of her two children Jenny has spent many years searching and advocating for innovative ways to manage the complications of Mucolipidosis. Through this advocacy Jenny has built up strong international networks with professionals, families, industry and other support groups to improve outcomes for families with Lysosomal Diseases.

Jenny joined the board in 2004 and was an active member until her resignation in November 2020. She now works in an advisory capacity as Board emeritus.

Though not trained in health or science, she is one of the co-authors of The Osteodystrophy of Mucolipidosis Type III and the Effects of Intravenous Pamidronate Treatment published in the Journal of Inherited Metabolic Diseases.

Pam Tobey, Board Emeritus, US

Pam is the mother to Autumn who is a MLIII adult. Pam and her husband, David, live in Arkansas and are parents also to another daughter, Michelle. She is a hairdresser and owner of her own salon.

Pam has conducted several fundraisers in her very small town…from baking and selling giant cookies to having gigantic yard sales. She is extremely passionate about finding funds for the ISMRD and dreams of the day when research is “rolling” and a cure found for Glycoprotein Storage Diseases.