Mucolipidosis alpha/beta can be categorised into Mucolipidosis II, II/III or III, depending on the severity of the symptoms.

Gene Mutations and the link between ML II, ML II/III and ML III

ML II and ML III are related conditions on the same spectrum of severity. Most individuals have definite features of ML II, the more severe disease, or definite features of ML III, the milder disease. Intermediate ML II/III is the descriptive name used for a subset of individuals who show small stature and skeletal findings similar to individuals with ML II but better cognitive function and longer lifespan, similar to individuals with ML III. Knowing the gene changes in GNPTAB further helps classify the severity of illness.  People with ML II have two significant mutations, which thoroughly impair the normal activity of the phosphotransferase enzyme.  People with ML III have one or two milder mutations, leading to a small amount of normal enzyme activity.  People with Intermediate ML II/III have specific gene mutations that lead to the intermediate clinical features.  For this reason, knowing the gene changes can lead to a more accurate expectation of prognosis in an affected individual. The following report presents and discusses the clinical and biochemical findings of the ‘intermediate’ ML in eight patients with the c.10A4C missense mutation in exon 1 in their compound heterozygous GNPTAB genotype: A novel intermediate mucolipidosis II/III alpha/beta caused by GNPTAB mutation in the cystosolic N-terminal domain. 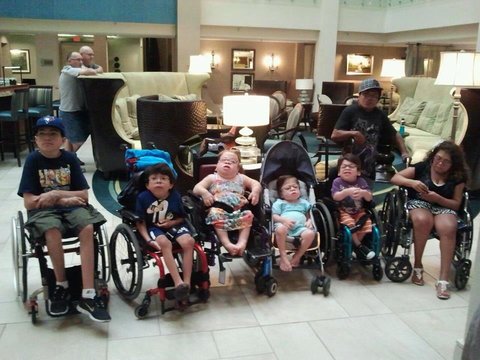