Our logo, why penguins

ISMRD was incorporated as the International Society for Mannosidosis & Related Diseases in Baltimore, Maryland, USA on March 10, 1999. Paul and Debora Murphy, parents of a child with Alpha-Mannosidosis, developed the organization to fill a void they perceived existed both for affected families and scientists and physicians with an interest in research and treatment modalities.

When their daughter, Taryn, was diagnosed at age in ten November 1994, Paul and Debora knew of no other families affected by Alpha-Mannosidosis, a disease they had never heard of nor could hardly pronounce. It was on the Internet that Paul slowly began to acquire knowledge of the disease and to eventually make connections with other families and key scientists in various parts of the world. Through a website he created in April 1997, through the auspices of NYU Medical School, called Rare Genetic Diseases In Children: An Internet Resource Gateway, there began the formative steps that led to the creation of ISMRD. 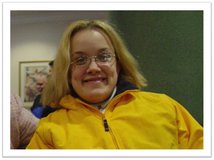 Taryn, Paul and Debora were inspired by the efforts of the Tromso Mannosidosis Group and its trailblazing work investigating the mechanisms causing symptoms of Alpha-Mannosidosis. Among the scientists of this Norwegian-based collaboration is Dr. Dag Malm, Senior Consultant in Internal Medicine and Gastroenterology at the University of Tromso Hospital, a father of two affected daughters himself. Dr. Malm made contact with Paul through a message board created on the Rare Genetic Diseases In Children website, resulting in an ongoing cooperative partnership and friendship. Dr. Malm is now a member of ISMRD’s Professional Advisory Board, and is involved in scientific investigations on Alpha-Mannosidosis.

The decision to form ISMRD resulted from a meeting between Paul and Dr. Ole Tollersrud, a colleague of Dr. Malm and a member of the Tromso Mannosidosis Group, in Baltimore during the fall of 1998. Discussions about the current pace of research for Mannosidosis led to the decision to form a nonprofit to work with potential scientific collaborations that Dr. Tollersrud envisioned could be formed to accelerate understanding of Mannosidosis. In the summer of 1999 the ISMRD applied for and was granted advance status as a nonprofit 501 (c) (3) status by the US Internal Revenue Service. In 2004 it successfully achieved formal status as a 501 (c) (3) organization upon review of its first five years of existence by the IRS.

Upon registering as a Maryland corporation in March 1999, ISMRD began formulating its mission, which the founding Board of Directors (Paul & Debora Murphy, Melissa Feliciano and Doug Kriss) developed into a plan to advocate for families and caregivers of all children affected by a Glycoprotein & Related Storage Disease. At that time these diseases encompassed Alpha-Mannosidosis, Aspartylglucosaminuria, Beta-Mannosidosis, Fucosidosis, Galactosialidosis, Schindler Disease and Sialidosis. The first official act for ISMRD was to send its President, Paul Murphy, to the 5th International Conference on MPS & Related Diseases in Vienna, Austria, which was held in March of 1999. It was here that the fifth member of ISMRD’s Board, John Forman of New Zealand, was recruited.

It readily became apparent that ISMRD should help promote cooperation and advocacy efforts with the other Lysosomal Disease organizations worldwide. Such collaborations hold promise for an increased empowerment for those affected by these disorders and a more informed public as to the breadth and scope these diseases enjoy. Two of ISMRD’s directors, Paul Murphy and John Forman, were instrumental in coalescing the global cooperative network for Lysosomal Diseases.

A key objective for ISMRD’s Board was to gain formal recognition of Glycoprotein Storage Diseases in the research community, where there were no current cohesive activities being pursued. With this goal in mind, ISMRD approached Steve Groft, Director of the Office of Rare Diseases (ORD) in Washington, D.C., in the fall of 1999 to initiate the process for convening a focused scientific workshop, funded through the National Institutes of Health. The support for this goal was immediate and enthusiastic and the long, slow process to build the case for the efficacy of such a scientific conference began.

In the winter of 2003 the National Institute for Neurological Diseases & Stroke (NINDS) indicated its formal acceptance of the goals of this scientific workshop by signing on as principal funder and organizer. At the same time, ISMRDʻs Board expanded the organizationʻs disease coverage to two additional diseases that became part of the focus of the scientific workshop: Mucolipidosis II (I-Cell Disease) and Mucolipidosis III (Pseudo-Hurler Polydystrophy), and began planning a concurrent family conference for families affected by a Glycoprotein Storage Disease.

In April 2004 ISMRD’s persistence and dedication, with key assistance from ORD, NINDS and the scientific workshop organizing committee (Dr. Steven Walkely, Dr. Alessandra d’Azzo and Dr. Leena Peltonen), resulted in the world’s first scientific and family conference on Glycoprotein Storage Diseases. For four days approximately 25 families from the US, Canada, New Zealand, Australia, England, France, Norway and Latvia navigated cultural and language barriers to bond and become empowered with knowledge about the diseases affecting their loved ones. The conference resulted in three new volunteers for ISMRD’s Board and a renewed commitment to press forward for continuing progress with its mission. The scientific workshop, held from April 1-2, resulted in many ideas, concepts and goals for future scientific study by the participating attendees from around the world.

It is with these past accomplishments that ISMRD now looks toward the future and the goal to identify affected patients wherever they may reside; to document the varied clinical, psychological and social implications of each disease and to support families, researchers and physicians who share our vision.

Written by Paul Murphy, Past President and Founder of ISMRD