Back to Alpha Mannosidosis Main Page 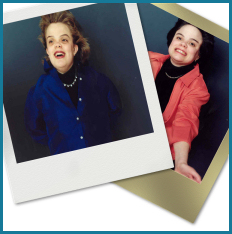 How long has the disease been known?

The existence of so-called Hurler-like diseases had been known for many years when in 1967 Oeckermann in Lund, Sweden, described a boy who represented an isolated case of an apparently new disorder. Mental retardation, susceptibility to infection, coarse features, and skeletal abnormalities were seen. Abnormal white blood cells containing so-called vacuoles were found. The child died of an infection, and in the tissues total mannose, a particular sugar, was strikingly increased and alpha-mannosidase activity, the enzyme which normally should take care of these sugars, showed to be only a few per cent of expected. Since then, the disease has also been found in a number of other species, like in cattle and in cats.

The following facts summarize much of what is known about Alpha-Mannosidosis. For a more complete explanation of the disease, its causes, effects and possible treatments please read Dr. Dag Malm’s review on the GeneReviews website.

In the cells of the body, proteins are synthesized in the endoplasmic reticulum and further processed in the Golgi apparatus. These are small compartments or organs inside the cell with specialized functions. Many of these proteins are coupled with sugars, forming so-called glycoproteins. In the end, these molecules have to be degraded. This takes place in the lysosomes, which are the principal sites of intracellular digestion. Glycoproteins, which are proteins containing sugar groups, serve to stabilize the membranes in lysosomes. Lysosomal alpha-mannosidase (LAMAN), in the following called mannosidase, is an enzyme that cleaves alpha-mannosidic linkages during the ordered degradation of oligosaccharides. Only after degradation, the sugars can leave the lysosomes, the cell and later the body. Defective mannosidase activity causes a block in the degradation of glycoprotein. This results in lysosomal accumulation of mannose-rich oligosaccharides chains. Consequently, these sugars are accumulated in the lysosomes because they are too big to leave. Consequently, the lysosomes increase in size, producing huge vacuoles and impaired cell function is induced. However, exactly how these sugars impair cell function is unknown.

How does this affect the body?

Mannose-rich glycoproteins accumulate in all cells of the body and cause the symptoms of mannosidase. In the brain, at least in cats, mannosidosis causes abnormal shape in special nerve cells in the gray matter and the cerebellum, inducing the diffuse malfunction of the brain. In bone producing cells, architecture of the bone tissue is disturbed. In white blood cells the same vacuoles with undigested material are found with possible negative effects to the function of the white blood cells.

Where is Alpha-Mannosidosis found and how is a diagnosis made?

Mannosidosis is found in all ethnic groups in Europe, America, Africa and also Asia. So far, a diagnosis are made by measuring enzyme activity in white blood cells and eventually by measuring certain substances in urine. Diagnosis is often made late, symptoms are often mild, biochemical diagnosis difficult, and therefore the condition might be under diagnosed. There are no certain data on the prevalence of the disease. The incidence for Alpha-Mannosidosis is believed to be, with a degree of uncertainty, to be about 1:500,000.

Are there many forms of Alpha-Mannosidosis?

Human mannosidosis is heterogeneous both clinically and biochemically, meaning that there is a huge variation in degree of the disease and in the residual activity of the enzyme. Symptoms of the most severe form may begin within the first months of life with rapid progression of mental retardation, liver and spleen enlargement, skeletal abnormalities, and coarse facial features. A milder form of this disorder involves normal early although mild to moderate mental retardation may develop during childhood or adolescence. Studies on diseased human fibroblasts show that whereas some secret excessive amounts of a larger, inactive mannosidase precursor, synthesis in other fibroblasts is absent. This confirms heterogeneity in mannosidosis at the level of the gene product.

What are the typical symptoms of Alpha-Mannosidosis and how can they be remedied?

Alpha-Mannosidosis displays clinical heterogeneity, ranging from very serious to very mild forms. All of the following symptoms are possible, but in no way mandatory in the individual patient.

The very typical facial characteristics of Mannosidosis are a coarse face, a prominent forehead, a flattened nasal bridge, a small nose, and a broad mouth. It is suggested that the disease does not cause any apparent disturbances in the gestation period and maybe early childhood. This might not be correct, at least for many of the patients. In cases of prominent jaw, plastic surgery can be of help.

The disease causes a diffuse dysfunction of the brain, with a mixture of strong and weak mental performances. These delayed early landmarks of neural development may be overlooked by the surroundings for many years. Measurement of total mental performance in small children is very complex. Special cells in the little brain (cerebellum) are especially prone to dysfunction, which contribute to the observed gait.

For the mentally retarded patients, problems in learning can be reduced with special training by professional teachers, both in the kindergarten as well as in the school. Language problems can be helped by special teachers and sometimes sign language might be of help. Computers with interactive teaching programs can be beneficial. As to whether children should be integrated into normal classes or attend special classes is a matter of different opinion. To help the patients further, an active socialization and integration can take place under the supervision of parental groups in the kindergarten and neighborhood. In school, the classes could be put together in an optimal fashion to keep the patient in a safe and caring environment. The society could be helpful in organizing leisure activities or protected work to improve the quality of life.

The hearing loss is both caused by nerve dysfunction as well as problems with the transfer of sound through the middle ear. This transfer defect is due to accumulation of fluid in the middle ear to which the patients are susceptible. This is probably a consequence of altered anatomy with closure of a normally open tube between nose and middle ear and further the impaired immune system. Therefore, active treatment with ear operations with “drains” and hearing aids is important if necessary. Since the condition is chronic, it might be a idea to use special long-lasting drains. In the place of living and in school, special hearing aids can be used.

A consequence of hearing loss and the cerebral dysfunction is a delayed ability of speech, with incomplete sentences, restricted vocabulary, and the understanding of abstracts. This handicap can be reduced with special training by a professional, both in the kindergarten as well as in the school. Sometimes sign language might be of help.

Recurrent infections is a main feature of the disease. These infections are in the upper or lower respiratory tract, in the middle ear, or in the gastrointestinal tract. Nothing has been known about the nature of this symptom. New data shows that the patients have a immune deficiency both caused by reduced immunoglobulin response to infections as well as reduced ability of the white blood cells in eating and killing the bacteria’s. Therefore, treatment with antibiotics should be performed early whenever necessary. The effect of immunoglobulin is questioned.

The skeletal malformation is especially seen in the spine of the chest which may give the patients a rigid and deformed spine and back pain. Further, a less acknowledged complication of the disease is the destruction of the joints, very much resembling the rheumatoid arthritis. The joints might be destructed which together with ataxia may immobilize the patients. This has to be taken into account when planning housing and future jobs. This might occur at older age. Building programs for wheel-chair adapted houses equipped with elevator could secure the diseased an independent life. It is not clear to which degree orthopedic surgery can help. Possibly should less radical procedures (such as temporal epiphysiodesis in the case of genu valgus) be preferred.

It seems that many of the patients develop muscular pain and weakness. This is caused by accumulation of storage material in the muscle and might in the end contribute to the immobilization of the patients. Therefore, parents should be aware of this possibility of the need of using a wheel-chair in the planning of future housing or work.

How do these symptoms develop over time?

This is one of the most crucial questions asked by relatives of those affected. The answer to this is decisive for the future planning of the families, both regarding economy and housing, and further whether “risky” treatment like BMT should be considered . There are very few and small observations on this subject so this information is uncertain. Above all, most cases reported are children, so we really do not know for sure what happens over time. Indications from recent BMT procedures show promise that, if done at a very early age, the risk vs benefit is greatly reduced.

In general, all symptoms of diseases of this kind are progressive, but some authors have suggested that these are stabilized in the second decade of life. However, there are many reports on sudden complications at any, also adult age, so that the course of the disease should be regarded as chronic-intermittent in nature. These complications might be hydrocephalus, destruction of joints, corneal clouding, atrophy of the little brain (cerebellum), ataxia and above all muscular disease with atrophy and weakness.