ISMRD has received this Year one Report from the research team and provided them with the second year’s funding.

ISMRD is delighted to announce on behalf of all our funding partners in the ML Research initiative, the approval of a proposal to begin research on Gene Therapy in ML II.

The formal title of the project is: To evaluate AAV Gene Therapy in the feline model of ML II.

The aims of the project are: Feline mucolipidosis II (ML II) is a model of human ML II, a devastating and incurable disorder that is often fatal in childhood. ML II is an inherited disorder in which one copy of a faulty gene is inherited from each parent. Gene therapy utilizes a virus as a vehicle to deliver a healthy, functional copy of the defective gene.

One specific type of virus, adeno-associated virus (AAV), has been engineered to act as a safe and efficient gene delivery system. Systemic, or intravenous, delivery of AAV has been evaluated in animal models of numerous diseases related to ML II and has recently been approved for a human clinical trial.

In light of recent success in animal models and human patients of similar diseases, we are encouraged that systemic AAV gene therapy holds potential as a treatment for ML II. In this study we will evaluate intravenous AAV gene therapy in the feline model of ML II in order to collect preclinical data to inform human clinical trials.

ISMRD is thrilled with the tremendous support from so many families and groups towards this outcome, and delighted to be supporting this significant new development in research into this serious disease. 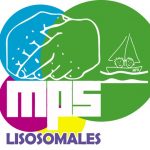